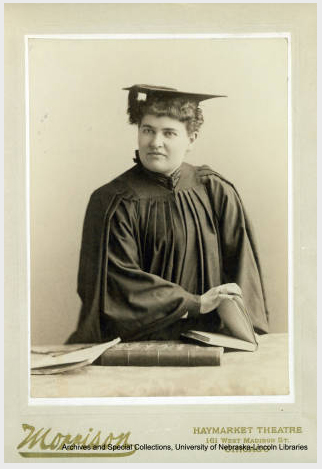 Image of the Week: Willa Cather in a graduation cap and gown

In honor of all those graduating this year, this week’s commencement- themed image comes from the Willa Cather Archive at University of Nebraska-Lincoln. Willa Cather graduated from UNL in 1894, with a B.A. in English.

Image of the Week: Joseph Pulitzer

NINES wishes a belated happy birthday to Joseph Pulitzer (April 10, 1847 – October 29, 1911), creator of the Pulitzer Prize, depicted here in his role as editor of The New York World. [via NYPL.]

Posted in features | Leave a response

From the Carl H. Pforzheimer Collection of Shelley and His Circle at the New York Public Library comes this beautiful portrait of Ada Byron: writer, mathematician and daughter of the poet Lord Byron. Painted around 1835, this portrait depicts the future Countess of Lovelace as a teenager, just as her interest and talent  in mathematics became […] 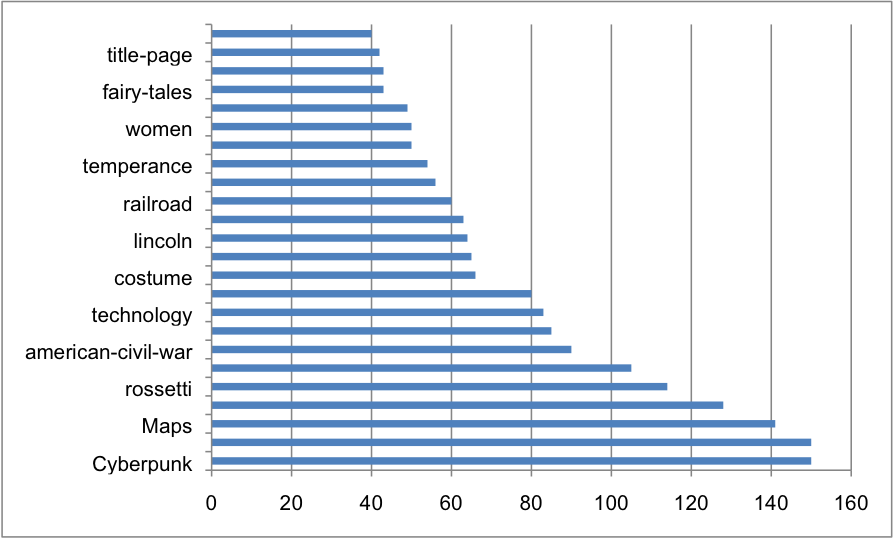 One of the options available to NINES users is the ability to tag objects with their own keywords – as many as they would like. These keywords can be used for personal reference (that is, while researching, preparing class materials or exhibit building) but they are also shared anonymously with the entire NINES community to […]

Image of the Week: Charles Dickens

To commemorate the 200th birthday of of Charles Dickens, the image of week is a portrait of the author from 1858, reprinted in William Holman Hunt’s Pre-Raphaelitism and the Pre-Raphaelite Brotherhood. NINES  offers almost 20,000 objects related to Dickens – click here to browse them all!

Image of the Week: Dinner Menu printed on silk

This menu for the August 1858 Convention Supper for the Delta Kappa Epsilon Fraternity in Brunswick, Maine, is a wonderful piece of ephemera saved by the New York Public Library. Not only does it gives us a glimpse of the epicurean sensibilities of nineteenth-century diners — Entrées, Vegetables, Relishes (?!) — but it is also […]

Phoebe Apperson Hearst and all of us here at NINES wish you a happy new year!

Image of the Week: Advertisement for Scribner’s, December 1896

The New York Public Library Digital Gallery has a fun selection of advertisements for the holiday issues of several popular nineteenth-century magazines. Click here to browse them in NINES, or head over to NYPL to see the whole collection.

Posted in features | Leave a response

This print from the Library of Congress is a satirical take on the Glentworth scandal of 1840, in which a tobacco inspector plotted to sway a New York election for the Whigs by illegal means. Originally, the term, “Locofoco” referred to a radical faction of the Democratic Party who were strongly in favor of workers’ […]

Image of the Week: Spirit Photography

After it emerged in the 1860s, thanks to an accidental double-exposure of a portrait taken by photographer William H. Mumler, spirit photography was wildly popular in the nineteenth century. Many believed that those ghostly after-images were actually the camera capturing departed loved ones and other souls from the beyond. While this method has been thoroughly […]