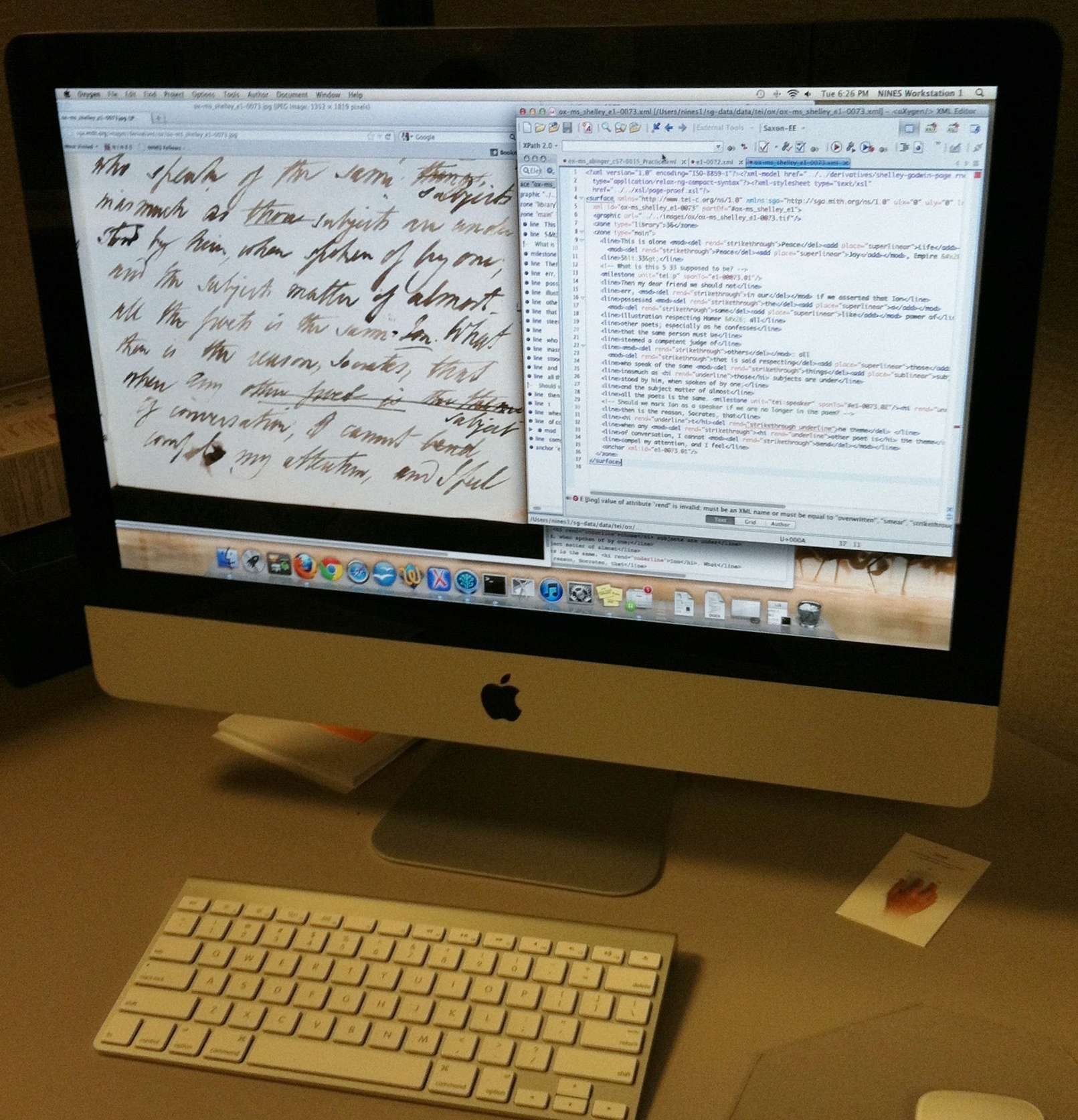 A long, long time ago I wrote a blog post about how this year’s NINES Fellows were going to be working on a  digital project called The Shelley-Godwin Archive.  Back then we were particularly excited about the project because it was going to be a collaborative one–we needed to figure out how (or whether!) two groups […]

Congratulations to Dennis Denisoff, Lorraine Janzen Kooistra and the whole team at The Yellow Nineties Online, the newest peer-reviewed resource in NINES! This project, which brings in more than 400 new objects, is dedicated to the study of The Yellow Book and other aesthetic periodicals that flourished in Great Britain in the 1890s. Visit the site […]

NINES welcomes our newest peer-reviewed resource, The Correspondence of James McNeill Whistler, edited by Margaret F. MacDonald, Patricia de Montfort and Nigel Thorp. Originally a project of the Centre for Whistler Studies, the project is now supported by University of Glasgow. This online edition includes the Letters of James McNeill Whistler from 1855-1903,  as well as those of […]

NINES is happy to announce the peer review and aggregation of a new resource, Price One Penny: A Database of Cheap Literature, edited by Marie Léger-St-Jean (Cambridge University). Cataloging early Victorian penny fiction from 1837 to 1860, this resource enables easy access to surviving copies and accurate bibliographic information for the infamous penny bloods. Almost […]

Newly Peer-Reviewed: The Vault at Pfaff’s

Congratulations to Edward Whitley, Rob Weidman and the team at The Vault at Pfaff’s for the site’s peer review and aggregation with NINES. This resource, which has been available on the web since 2006, examines Charles Pfaff’s popular beer cellar in nineteenth-century New York, and the creative individuals who patronized it. This site offers more […]

This post is written by Jean Bauer, a 2009-2010 NINES Graduate Fellow. It is with great pleasure, and no small amount of trepidation, that I announce the launch of the Early American Foreign Service Database (EAFSD to its friends).  While the EAFSD has been designed as an independent, secondary source publication, it also exists symbiotically […]

On my flight home from MLA in Philadelphia last week I took a moment to think about how NINES has changed since  last year’s conference in San Francisco. In December of 2008 the first phase of the NINES redesign had just been launched as part of a major re-organization and outreach effort. Since then, phase […]