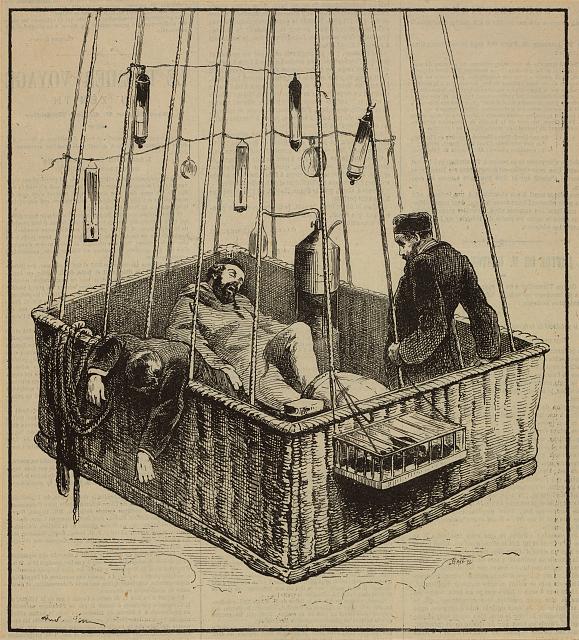 Gaston Tissandier (1843-1899) was a French chemist, meteorologist, aviation pioneer, and adventurer. Along with his brother, Albert, he edited the French scientific journal La Nature, which aimed to popularize science. Gaston was particularly interested in ballooning, and during the Franco-Prussian War in September 1870, he made a spectacular escape from besieged Paris by balloon.

This illustration from La Nature depicts the aftermath of Gaston’s most daring ballooning feat, in which he was able to reach the unheard-of altitude of 28,000 feet in April 1875. Both of Gaston’s companions, journalist Joseph Crocé-Spinelli and naval officer Henri Sivel, later died from the effects of breathing the thin air. Gaston survived, but became deaf.

Undeterred, the Tissandier brothers continued to conduct aviation experiments, and in 1883 they developed the first electric-powered flight by fitting a Siemens motor to an airship.